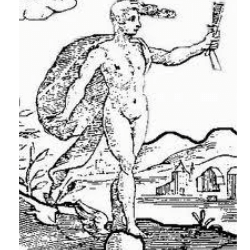 Noun. Greek for “right time,” “season” or “opportunity”, it contrasts with the other–and more common–Greek word for time: chronos.

While chronos is quantititive and sequential, kairos is qualitiative.

Kairos was represented by the god Caerus, who personified luck, opportunity and auspicious moments. His lock of hair hung down in front, while bald in back (a sort of anti-mullet) so you had to catch him as soon as you saw him; once he passed you, there was nothing to grab hold of.

The Sanskrit equivalent is ritu–contrasting with kala, which matches chronos.

“Every kairos is a chronos, but not every chronos is a kairos.”
–  Hippocrates

“Live in each season as it passes. Breathe the air, drink the drink, taste the fruit, and resign yourself to the influence of the earth.”
– Henry David Thoreau, Walden