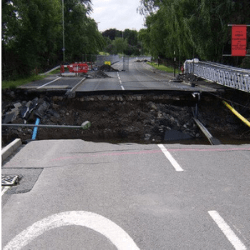 A portmanteau of goal +‎ theodicy: the mathematician and philosopher Leibniz’s theory reconciling the existence of evil with belief in a benevolent God.

Goalodicy can be summarized as follows: the more a person, group, or organization relies on a future as yet unachieved goal as a source of identity, the more likely they will persist at pursuing the goal beyond what is reasonable. The goal setter or setters will continue to invest more resources in achieving the goal, which increases the likelihood that achieving the goal will result in unforeseen and often detrimental outcomes. The goal setter may even risk his or her own demise to reach the goal. Ultimately, the goal becomes the primary identity of the goal setter, and abandoning the goal becomes as unthinkable as abandoning oneself (Kayes, 2005, p. 393)